skip to main | skip to sidebar

Prince's Life: The Memory of a Beautiful Cat

The Other One here.  If you're reading this post you probably know about the lost of our beloved Prince Pinchi.  We are devastated about his death and our eyes haven't stop leaking since this morning.  Here's the story.

Prince used to sleep outside in his fun-park, but last night, it was raining and very windy, so he decided (well, his Mom decided it for him) to sleep inside the house.  About at 4:00 AM, Prince started meawing for his wet food, so the Mom woke up and gave him what he wanted.  A few minutes later, I heard someone coughing and, inmediately, the Mom calling me telling that something was happening to Prince.  I went inmediately next to him, called him and touched his chest.  At that moment he stopped his cough and his breathing.  I shaked him a little, touched his face and grabbed his front leg, but nothing happened.  Then the Mom told me to put some alcohol in front of his nose and I did that, too, but nothing happened either.  He was gone and we were there looking at him speechless.  Then began the crying.

Our dear Prince did honor his name.  Since he came to the house after Pirulo, he couldn't be the king until Piru died, but that didn't stop him to develop a very strong and complex "catonality".
We was strong, a fighter, a hunter and, as I used to call him, "a Houdini cat".  He was a fighter because he didn't wanted any other cats near the house.  Once, another cat came to fight with Piru, but Prince went out and put the other cat to run.  He was a hunter because there wasn't any mouse or lizard that he couldn't catch.  And he was a Houdini cat because every fun-park that we build had to be Prince-proof or he would find any tiny gap or crack to escape and go hang-out the rest of the night.  All this characteristics made him be a very independent cat; he was always alone, always by himself, coming to us only for food and letting us stroke him just a little every now and then.

But, after Piru's death, Prince became more social and sweet with us.  One night, I was determined to make friends with him, so I insisted until I teach him how to eat from my hand.  That meant he put the bitey on me a few times, but it was worthed because then he loved to eat his prawns out of our hands.

Prince began to spend more time inside the house, meawing more and, for the first time, we heard him purring.  I remember I called the Mom and said that Prince was purring, she couldn't believe it.  With the time, he became more closed to us.

We really don't know what happened to him last night, we think it was his little heart.  But, we are sure of something, he was too young to die and we will miss him everyday, as we miss Pirulo.  We'll miss his company, his strokes, his beautiful eyes and even when he put the bitey on us.

Etiquetas: in memoriam, mom, Prince, The Other One

Hello, Prince here.  It's been a whole week since Piru crossed OTRB.  The family is still very sad, specially Mom, and we all miss him very much.  Neither Mom, nor The Other One, has been in the mood to write in the blog, so I volunteered to do it.

I think that the most special characteristic that my brother Piru had is that he was always a happy and affectionate cat.  So, I think that we should remember him that way.  Today, I'm going to share with you the last pictures and the last two videos of him.  I hope you can enjoy viewing his happy last days.

You know how Piru was always saying that he was not fat, just a husky boy.  Well, he decided to start an exercise regiment to demonstrate he was as fit as anyone else.  His favorite exercise was this one:

Of course, after an exercise routine, what's better than a good nap?

Another thing that Piru used to hate was to be brushed.  Is not really that he hated that, he loved it only if it was on his head and neck.  But Mom always wanted to brush aaaaaalllllll his body and that he couldn't stand.  But, this time he decided to give Mom the pleasure of brushing him in her lap.  He complained a couple of times, but Mom did it with caution.


Here's a movie of the whole process.  If you turn on your speakers you can hear his purrs and his meaws when Mom tried to brush his tail.

The family want to thank with all our hearts all the messages that Piru's friends have been sending us through the blog and the Twitter account.  We also want to thank Max, Mario,  Rumbles and Ty for their posts about Piru on each one of their blogs to remember my brother.  We are very thankful of Brian and The Cat Blogosphere for the beautiful image prepared In Memoriam of Piru (the one on the right margin). To all Piru's friends and to all the others that never met Piru, but stop for a moment to send us their condolences, purrrrs, smoooches and blessings, thank you very much.

We are not still sure what will happen with Piru's blog.  But we'll tell you as soon as we take a decision.

To end this post, I want to publish a little letter that I found one morning at my side.  It's a good bye letter from Piru to Mom.


I want to tell you that I love you very much.  You have been the best Mom a cat can have.  I know you love me from the very first time you saw me, and I have been loving you from the very same moment.  I'm so very grateful of all warm cares you have given me my entire life.  Thank you for never giving me up, even in difficult times like when I broke one of my legs, when I was terribly ill or even the time I was lost for three days.  Thank you for always trying to please me by building all the fun parks (7), even though I loved to hang out freely; I know you did all that to protect me.  I know that, sometimes, I was a grumpy little boy when I wanted to go out and peed some of the furniture; but, you didn't stop loving me.  That's why you were always my favorite person in the whole world, that's why I loved to sleep in your bed and sit at your side every night to watch TV.  I know that my sudden departure have been very difficult for you.  I wasn't planning on doing so, but it was something that I couldn't control.  I want you to know that I left in peace and with you in my heart.  I don't want you to suffer for my absence any more, but to always remember the good times we had together.  Remember that I always looked up to you as my protector and that I loved been loved by you.  Remember me as the one that brought you many days of happiness with my witty catonality and my very handsome presence.  Please, never forget me.  Mom, everything is going to be okey- =^..^= Ola kala!
I love you.  Pirulo
Publicado por Pirulo Furry en 18:57 19 comentarios:

Several hours ago my beloved companion Piru has died. He went to sleep this morning and never woke up. He was 8 and a half years old. We had a simple funeral at home with family members that loved him very much. We will surely miss him. We had a special bond that will last forever because, when you lose someone you love so much, the love stays the same although they are not physically present.

Sometime we will post his last video with me (Mom) and the last pictures we took of him, just days ago.
Publicado por Pirulo Furry en 16:06 83 comentarios:

It's Too Interesting to be Missed: 7 Billion People

I was rambling through the Internet and found this very-very interesting video, from National Geographic,  about Earth's population.  You should watch this:


If you can't watch it here, go to this link: http://www.youtube.com/watch?v=sc4HxPxNrZ0

I wonder how many pets there are in the world.

Tutorial: "How to Take a Bath" (Dog Version), by Liah

Hello, Piru's friends.  As you know, I'm Liah, Piru's sister.  I'm the house's Princess, but even that privilege position doesn't free me from frecuently baths.  So, today, I'll share with you the bath process, my version.

Well, that's all.  Now, if you excuse me I have to sleep for the rest of the day.  This bath leave me exhausted.
Ola kala!
Publicado por Pirulo Furry en 16:11 5 comentarios:

Etiquetas: bath, how to, Liah, tutorial

Tutorial: "How to Take a Nap", by Prince

Taking naps is a very serious matter to all cats.  We grow up to be masters of the nap-taking arts.  That's why, as a public service, I decided to develop my first tutorial with this theme in a few simple steps. 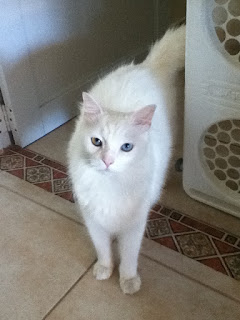 First, you have to feel tired and want to rest a little.

Second, you need to find the perfect spot, wherever it is, even if it's in the bed or the top of the TV.

Third, it begins the napping process per se: stay still so the stress goes away. 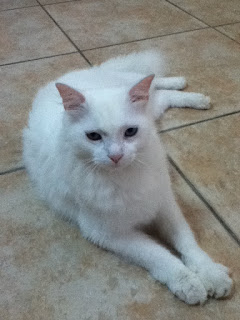 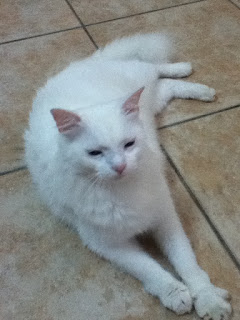 Fifth, let go of your body. 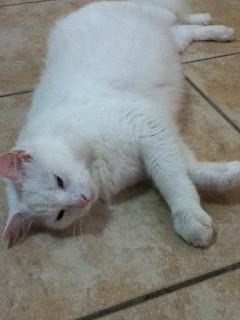 Sixth, move slowly until you find the perfect position. 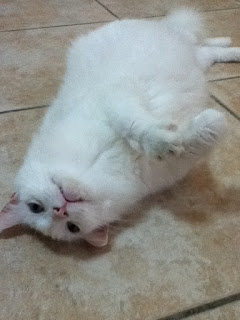 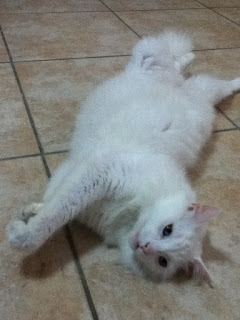 Eighth, if it's too cold you can make yourself into a donut. 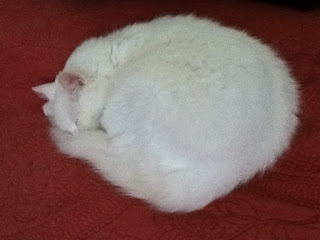 Now, here are some examples of napping positions:


I hope this tutorial can serve you well.

Etiquetas: how to, nap, Prince, tutorial

Oh, today was a really hard day, I worked a lot!!!  What was I doing?  I was at the kitchen aaaaaalllllll day, cooking and cooking because my human brother and sisters were coming to dinner. Here's what I cooked:

My family was all very happy with all the food.  Well, my work here is done, now it's time for a very well deserve nap. 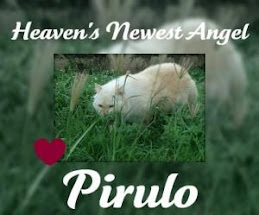 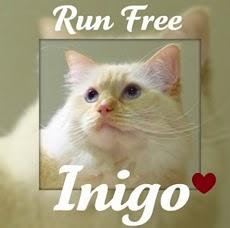 Pirulo Furry
Hi, I'm Pirulo, Piru for my friends. I am a husky handsome ManCat that have a mind of my own and some interesting ideas to share. I'm the first Puerto Rican cat in Twitter and the only one that writes a blog. 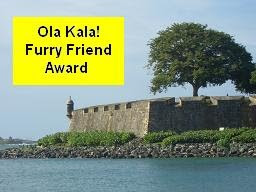 The award for my Furry Friends 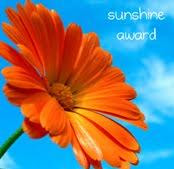 Given by The House of Cats

Who is more handsome?